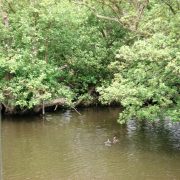 In response to the climate emergency the Parish Council is currently working with the County Council and North Norfolk District Council on an initiative to plant more trees to replant hedgerows along the roads and lanes. Current plans include the creation of two small “community orchards”, one on the Green on The Hill and another on the North-West corner of the Playing Field.

We have factored in the need for open space to be left on the green so that at least 30% will remain open space close to the bench and the planting will be such that there will not be any restrictions to access in either area.”

The trees would be local varieties of apple, pear, cherry and hazel, with nine trees on The Green and on the North-West corner of the Playing Field. They would be planted at roughly four metre intervals, as shown in the sketch plans attached.

The Parish Council wishes to gauge the extent of public support before proceeding with either of these community orchards and will be inviting each household to give its views by answering the questions on a leaflet which will be distributed shortly. 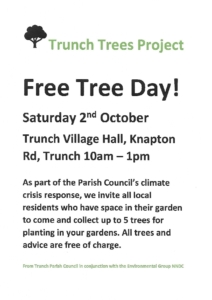